Emily in Paris is a TV show that revolves around Emily Cooper, a Marketing executive from Chicago who is sent by her boss to Savoir a marketing firm in Paris to provide an American perspective. As much as Emily is unwelcomed in her new office at first, she eventually changes her impression with her work, and proves herself not only a good employee, but as a good friend too. There are several lessons that we learn from Emily Cooper’s journey in Paris. Below we have discussed the lessons one should learn from Emily journey in Paris.

So, if you have watched the both seasons of Emily in Paris, you will relate with this article, and if you haven’t, go watch it and save yourself from the spoilers ahead.

No Matter How Hard It Is, Always Stand For What is Right

Well, when Emily makes the mistake of sleeping with Gabriel, she does not know that Gabriel and Camille have broken up, and she also doesn’t realize that she would be staying one more year in Paris. The end of season one puts Emily in a situation where she doesn’t intentionally do wrong, but when she realizes that Camille is back together with Gabriel, she maintains her distance from Gabriel because she considers Camille a great friend. It is hard for her to be in that situation, but Emily tries her best to make things right.

Never Make Mistakes Even If People Tell You To

One thing that we see Emily hearing a lot from French people is that, ‘while in Paris, make mistakes’. While Paris is famous for romantic and silly mistakes, Emily sees everyone around her having unethical relationships, and making mistakes, but as much as she’s convinced, she never supports that kind of a lifestyle. In the initial season when we see Antoine Lambert and his affair with Sylvie with his wife knowing all he does. When Antoine and his wife send hints to Emily and approach her, Emily immediately backs off, and even by seasons 2 when Gabriel keeps going back to her, Emily finds it best to date a simpler English speaking guy from her French class.

There are a lot of silly and immoral things and habits we see in France and French people that are pretty normal for them. When Emily comes across these things especially when Antoine first approaches her, we see her shocked, while by the end when she finds out about Sylvie’s marriage and her affair with the photographer, she finds it less shocking. Just because it is all happening around her, Emily doesn’t adopt the same ways as of the people around her, and decides to stay on her moral grounds.

Well one thing that sets France apart from America and some other countries is that they take their food seriously. Well, one lesson we learn from Emily is that it is best to trust the chef with the food. When Emily tries to return her food to get it cooked properly, Gabriel asks her to trust him first. The trust in the French chef goes a long way as Gabriel helps Emily host parties at more than a few instances.

When In a Foreign Country Learn the Language

Well, when Emily moves to Paris, one thing that people get offended over was the fact that she did not learn their language before visiting Paris. The people of especially France and a few more countries get easily offended if you visit them and don’t know their language. They believe it to be disrespectful to not know French. The same happens to Emily when she first goes to the office, and then to get a croissant.  So, when in France, speak French.

Never Be Afraid to Do What You Love

We see Emily motivating and supporting Mindy throughout the show even when Mindy goes viral in the Chinese news. Emily tries to motivate Mindy to do what she believes in to never be afraid to do what she loves. This gives her motivation and Mindy finally starts to follow what was always her dream. Well, one of the reasons Emily in Paris is our favorite show is because of the friendship between Emily and Mindy. So, if you want to watch Emily in Paris and similar TV shows, we suggest getting a good TV service. For a good TV, internet, and phone bundle, check out Spectrum triple play, as it is highly accessible throughout the US and the channel list is amazing.

It is Good to Embrace New Challenges in Life

When we watch Emily in Paris we realize how none of this had happened, had she not gone to Paris. Emily would never have been able to make so many memories and have the experiences of a lifetime. She would have missed all the fun and good friends that Paris brought her. So, missing out on new opportunities is never a good idea.

Try to Fit in, But Don’t Change Yourself

Well one thing that we learned from Emily Cooper is to let people love you for who you are. When Emily first goes to Paris, they think she is too much, and don’t appreciate her jolliness. While Emily changes her impression in front of her co-workers, she also stays in her element and makes people love her the way she is. Emily Cooper truly teaches us that is never worth changing yourself for a bunch of people especially when she goes to Paris and her boyfriend breaks up with her for not coming back, we learn that it is always best to grow in your own element.

One of the best lessons we learn from this series is that one should leave work in the workplace and enjoy life outside of work. Work in France and work in the US are completely different and what we learn in this show is that Emily and her co-workers have a life outside of work and they also know how to enjoy it. For example when Emily goes a weekend out and calls her co-workers, they all tell her how it is illegal in France to work on weekends. At a point in the show, Luc also tells Emily how she should work to live, and not live to work.

Well, we hope you like and relate to the lessons we shared with you. 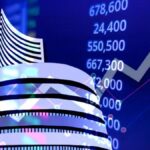 - Previous article « Why do you need a local broker when trading stocks in China? 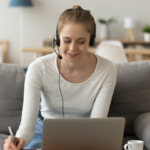 Next article - Ways to Boost the Onboarding Process »